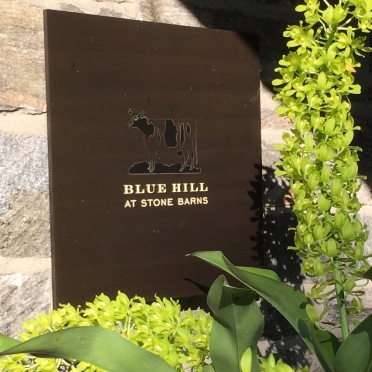 The first question anyone asks me after I just so happen to casually mention that after 5 years of trying, I have finally dined at Dan Barber’s hyper-sniper, super-duper, elusive and exclusive Blue Hill at Stone Barns is, “Did it change your life?” You better believe it did! In fact, just like BC and AD represent the world before and after Christ, I now use BBH and ABH to refer to how food tasted before and after Blue Hill. 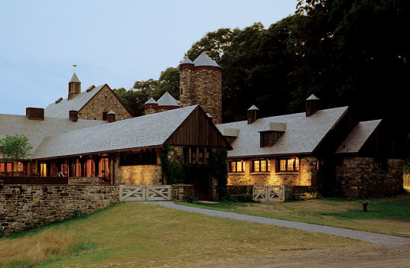 Sound a bit too dramatic? Not when you consider that Chef Barber’s mission is to nurture and cultivate the most perfect ingredients purely for the sake of flavor rather than size, shelf life or growth speed. Not wanting to paraphrase his incredible story, which can be seen on episode 2 of Netflix’s gastro-series “Chefs Table”, Mr. Barber began his journey by resuscitating his family farm in the Hudson Valley. Then one thing led to another, and now he is the king of an agricultural movement the size of Australia.

When you take that first crisp bite out of a slice of yellow bell pepper (after it glides onto your starched, white tablecloth aboard a block of spiked wood alongside a few other hand-picked Crudités), you realize that all this little bell pepper ever wanted to be (after growing up in Mr. Barber’s year-round hothouse with retractable roof), was the best bell pepper the world had ever tasted! The same goes for the radish parked on a plate with a dark dollop of poppy-seed butter, or the fermented cucumbers, or the pastrami cured watermelon rinds. Yes, get comfortable with it. Vegetables get top billing in this show, but their flavor is off the charts.

In lieu of a menu, a 12-page booklet awaits each diner, listing the freshest produce picked, slaughtered, harvested or foraged during every month of the year. Then it’s the kitchen (and the database comprised of your prior visits) that determines the specifics of your meal. After my umpteenth question, I can comfortably confirm that every member of the patient wait staff is equally passionate and knowledgeable about the simple, yet intricate preparations of every one of the 20 or so courses we spent the next 4+ hours enjoying.

Sublime highlights included: Peach Slices wrapped in an almost transparent coating of the most deliciously fire-grilled speck; a semi-circular bow of Stone Barns Weeds with a yummy, smoky, charcoal mayonnaise dip; winter-coat-button sized Tomato Burgers with goat cheese and almond flour buns (which made an encore appearance as a result of our exuberant ovation); domino stone slithers of ultra-smooth Pork Liver Mousse encased in crispy chocolate wafers; soft and spicy tufts of country bread for sampling the farm butter (amazing), the honey-sweetened pork lard (incredible) and the Single-udder Butter from a cow whose name I wish I could remember (utterly unbelievable)… 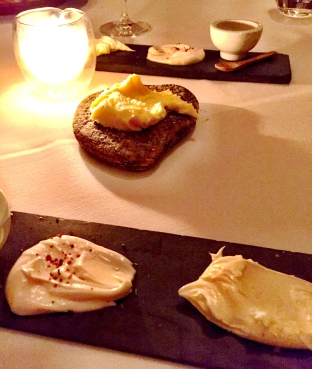 By way of an intermission, our glasses of rich, jammy ‘99 Vacqueyras (recommended by the superbly informed but barely drinking-aged sommelier) magically followed us into the bakery. We learned about another of Chef Barber’s pursuits, to recreate the best tasting wheat for bread – the kind used long before the world ever genetically inserted gluten intolerances into our everyday lexicon. While our Parisian baker lovingly split and shaped the dough into canvas-lined baskets, we each devoured our own doorstep-high, still-warm-from-the-oven slice of soft, speckled brioche with a side of green marmalade and warm, wet and wonderful farmer’s cheese.

Another quest in flavor-forwardness that Chef Barber has been working on for some time is his mission to grow a baked potato so creamy, that it doesn’t require any cream! This was the first time I have ever been served food presented inside a dried cow-paddy before, but rather than warn us about that little surprise, our waitress admitted that this was still very much a work in progress, as she sadly sprinkled a few streaks of grassy olive oil over the steaming spuds. Creamy doesn’t even begin to describe them. Moist, thick, smooth with a rich earthy-herby flavor, with neither a lump nor a single starchy bite. If I were a potato – this is what I would want to taste like.

But cow-paddies aside, the only slightly embarrassing moment was when we were presented with two Trombaccino gourds – duking it out for which one would take top honors as the best representation of Pyronie’s syndrome. Their less phallic-looking cooked versions, however, were served with a delectable Beet Bolognaise.

As one waiter distracted the table with an example of one of the humanely-raised farm poussin’s nestled in a basket of hay, another quietly plated a tender chunk of breast meat with fermented honey and a smooth, sweet, sour and magnificent apricot paste.

Desserts were every bit as thrilling, from crunchy Milky Oats with berries and ice-cream, to a moist and sticky Zucchini Cake, followed by one of the sweetest donut peaches and tristar strawberries anyone could ever imagine.

While I realize that it’s going to be to virtually impossible to ever taste anything quite as pure, fresh and real as this again, I am pretty confident that I will find a way.

One thought on “Blue Hill at Stone Barns – review”