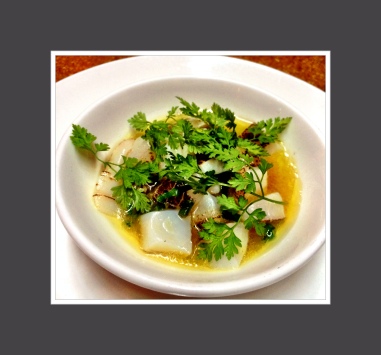 If New York City ever said its prayers before bedtime, it should include in its blessings that David Chang decided to move here from Vienna, Virgina, and that he didn’t choose any other US city to set up shop as one of the most celebrated and deservedly accoladed Korean-American gastronomic virtuosi of our time. His enormously popular East Village conclave of bars and restaurants, (which are all vertical adaptations and extensions of one another) are platforms for spotlighting his take on American influenced Southeast Asian street food. The philosophy behind serving fast-food that actually takes hours to prepare, is by no means taken for granted by his adoring fan-base, who would quite happily donate a tenth of their lives by standing in line in all sorts of inclement weather to sample his life-altering and award-winning cooking. At his midtown establishment Ma Peche, located within the rather hoity-toity Chambers hotel, Chang forces prospective diners to march right through his Momofuku Milk Bar (the ultimate willpower test to grab/not grab a slice of his now world-famous, butter-laden Crack-Pie) before descending into a windowless box-shaped room with colorless stretched fabric sails, covering identically colorless walls – more reminiscent of a pop-up med-evac tent on the front lines than a haven for impending culinary indulgence…but then the dim sum carts of international treats begin to arrive table side, and all is instantly forgiven. 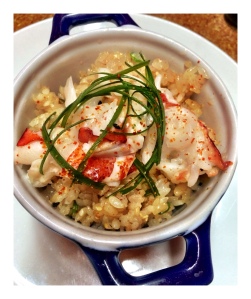 The ever-so-gently torched chunks of Scallop Crudo were resting in a refreshingly simple but delightful bath of yuzu lemon and olive oil when they pulled up beside me. The creamy risotto-like Lobster Rice accompanied by the robust, deeply layered and aromatic brown-sugary-cinnamony-clove flavored Jerk Chicken Wings could quite possibly jolt the earth off of its axis. 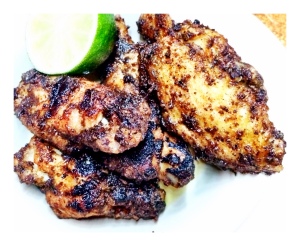 The following cart delivered the delectable shredded Lamb Noodles, served over a thick lamb and onion roux with lemony cabbage and chili jam. And just when things couldn’t possibly get any better, the crispy, salty and impossibly delicious Roasted Rice Cakes with Spicy Pork (my all-time favorite item appreciatively borrowed from his Momofuku Ssam Bar menu) was on final approach. 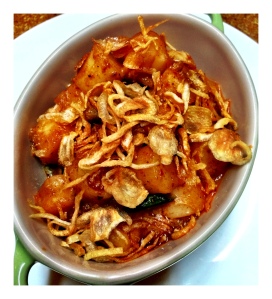 The biggest hit from the handful of á la Carte options was the addiction-inducing, shatter-crisp yet buttermilk-moist Fried Chicken, which easily steals the honors from anyone else brave enough (or silly enough) to enter the category. 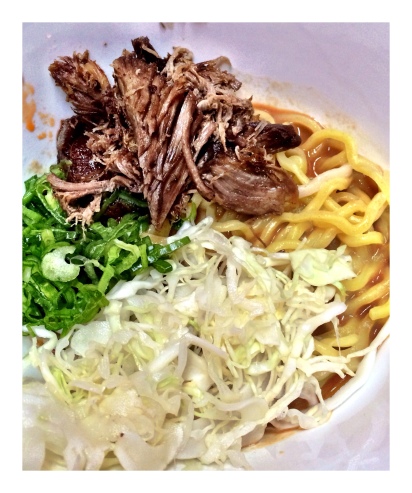